In Her Own Words: Nick’s House Stories — Daneen Pettit 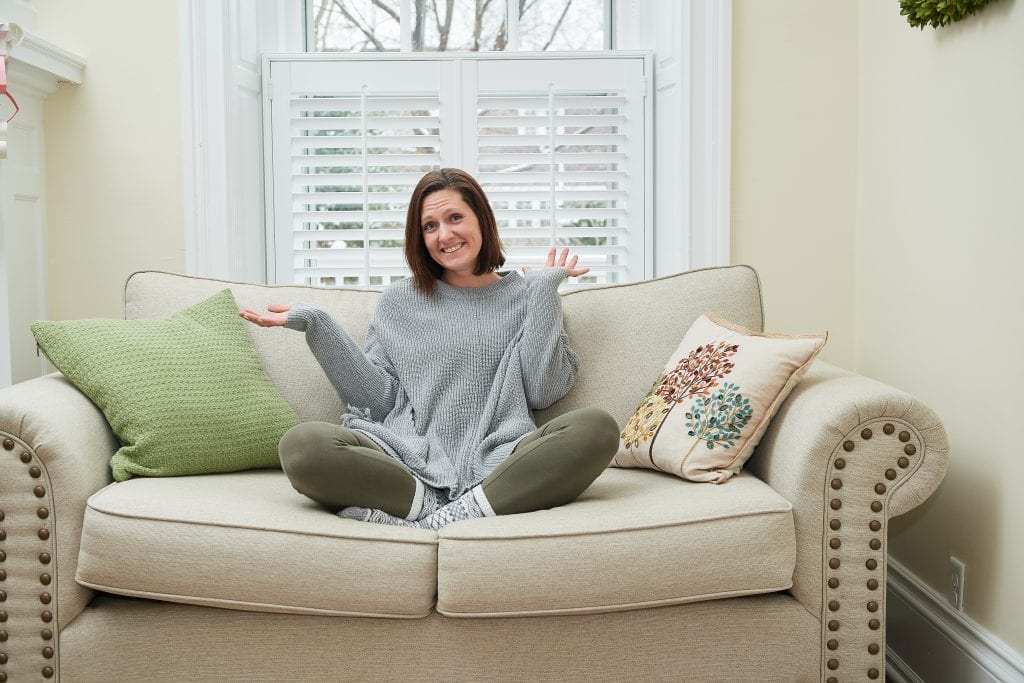 Daneen Pettitt, of Erie, Pa., wanted to share her firsthand account of her cancer fight in hopes others affected by the disease would be uplifted by her courageous spirit. ED CUNICELLI / FOR HEADSTRONG FOUNDATION

Daneen Pettit came to stay at Nick’s House Swarthmore in late January from Erie, Pa., more than six hours away, to receive proton radiation therapy for a brain tumor that was causing seizures. For the approximately six weeks Daneen was a guest at Nick’s House, her positive energy was a ubiquitous force in the home; however, in the earliest days of her diagnosis, Daneen struggled with the ‘why’s’ of her affliction. In time, with the help of her husband, son and faith in God, her initial sadness and confusion ultimately gave way to hope and strength. With Nick’s House serving as an integral part of her healing process, Daneen chose to share her story in her own words. (NOTE: Original story has been edited and condensed.)

When someone has cancer, it changes the way you look at the world. You will either overcome it or succumb to it. I’ve decided to overcome it, but it took time, love, support and faith in God.

As James Conner once said, “I am more than cancer.” This is so true. You can’t let cancer define or control you. This is a lot easier to believe until you are right in the middle of the fight of your life.

On Oct. 9, 2014, I went to bed around 11 p.m. and woke up in a daze around 12:30 a.m. I had just experienced a grand mal seizure. My husband woke to me convulsing and foaming at the mouth. When I came out of it, I had no recollection of the seizure, and I was adamant that it hadn’t happened. I was rushed by ambulance to the emergency room, where doctors performed countless tests and discovered a mass on my right frontal lobe in my brain.

I spent days in the hospital dealing with nausea, migraines and fever. The worst part was not knowing what was causing it and what might come next. The hospital gave me pain medicine to help with the migraines, and additional medicine to help with the nausea. One night the medicine had an adverse effect, causing me to sweat and vomit all night. My dad told my husband, “This will only make you guys stronger, I promise.” He was right, because it changed everything between us.

After 10 days in the hospital in Erie, Pa., we found a top brain surgeon in Pittsburgh and made an appointment. We were scared, but prayed that God would guide us and keep us strong. I needed a craniotomy as soon as possible to remove the tumor. On Oct. 27 I had the surgery, in which I was woken up part way through to ensure no damage was done to my frontal lobe. The surgery was as successful, and 80 to 90 percent of the tumor was removed. The rest could not be removed, as it had grown into good brain tissue and could cause damage to my speech, vision or mobility.

Because of the seizure, I had my drivers license taken away for six months. Over the next four years, I ended up having multiple grand mal seizures as well as a few breakthrough seizures. My license was taken away over and over, leaving me feeling helpless. Growing up, I was always an independent person. I loved doing things for myself, and helping other people. Out of all my experiences involving my cancer, surgeries and treatments, losing my independence has been the toughest part.

A few months after my surgery, I fell into a depression. I let my cancer control how I felt or how I viewed the world. I didn’t want to spend time with or talk to anyone. I felt like I was being punished — what did I do to deserve this? Why did God let this happen to me? But I was asking the wrong questions. God still loved me and didn’t forsake me; rather, he was testing me. I lost sight of what was important. I had a great life, from my amazing son and husband, to all the friends and family who showed their love. I didn’t want to be considered crippled or damaged goods. I wanted to remain the free-spirited, independent woman I always was, but that was taken away from me. It took months of prayer and soul searching to bring myself out of my depression. My husband didn’t fault me for feeling upset or lost. He loved me for me.

Each time I had a seizure, my husband was there to hold me and keep me safe. I remember coming out of each one, and just feeling him hold me, stroking my face and telling me that it was going to be OK. Putting my family through that over and over, and living through it repeatedly, had become too much. After having four seizures within eight months, my neuro-oncologist decided it was time to do something. The tumor had legs, which were growing into my frontal lobe and sending pulses into the brain which were causing the seizures.

My doctor told me that I needed to have radiation and chemotherapy to prevent the tumor from growing while hopefully stopping the seizures. He told me about a new treatment offered in Philadelphia at the Hospital for the University of Pennsylvania, called Pencil Proton Therapy Radiation, an extremely precise radiation in which a much-smaller area is treated to minimize scarring and side effects.

My husband and I traveled to Philadelphia, and met with the team of doctors and nurses on Jan. 9, 2019. They determined that I would need 30 treatments of radiation beginning on Jan. 23. We didn’t know where we would stay, or how we would afford it.

On the same day as my appointment we met with a social worker, who talked to us about a couple housing options that were free, one of which was Nick’s House. We sent our application, said our prayers and hoped for the best. Within three hours of sending in the application, we were accepted to stay at Nick’s House for the entire six weeks of treatment. My husband and I were so relieved, like the world was lifted off our shoulders. We held each other and cried tears of joy.

The HEADstrong Foundation, which operates Nick’s House, was founded by a 21-year-old man named Nicholas Colleluori, who lost his battle with Non-Hodgkin’s Lymphoma in 2006. His dream was to offer a safe haven for people going through cancer treatments who needed a place to stay. The other people staying in the house, the staff and the volunteers are such amazing people. Being able to spend time and share stories and experiences with other people in the house who are going through similar experiences has helped me tremendously.

The foundation president, Cheryl Colleluori, is such an upbeat, caring and loving woman, who embraces you like a mother would her own child. She is carrying out her son’s dream of helping people. Every time I see her now, she gives me a giant hug and tells me how happy she is that I am there at Nick’s House, especially since my spirit reminds her so much of her son’s.

Through all of my radiation treatments, I have been able to stay happy and keep a smile on my face. It’s been so tough being away from home and my family, but I know that I’m where I need to be. I know that if I stay positive and keep moving forward, that I have all the love and support I need to beat this. Cancer will never define me again; it’s just a speed bump in the road of my life, and I’m going to get past it. Knowing that people are praying for me and supporting me along the way is all the strength I need. That, and knowing that God always has my back!

Of course I’m happy, because at this point in my life I have every reason to be. I thank the Lord every morning for allowing me to wake up and filling my lungs with air. Being alive makes me happy, even if that means living with the chronic headaches, pain and discomfort that I’ve suffered from for 10-plus years. Having a roof over my head means more than just a warm place to sleep, it means having a place to share food and time with the ones I love.

The way I see it, happiness isn’t just an emotion. It shouldn’t be based on the things that you do or don’t have. It’s not dependent on having money for the things you want. Happiness isn’t a result of goals accomplished, dreams achieved or promises kept. Happiness is a choice. There will always be a positive for every negative and a negative for every positive. But there’s not enough darkness in the world to put out the light of even one single candle.” Focusing on the negative brings about sadness, depression, divorce, broken relationships, debt, hate, hopelessness or worry, but focusing on the positive will bring you joy, comfort, peace, love, health, patience, hope and faith.

Everyone deserves to be happy.